I am deep in the heart of edits right now. Wading into pieces and parts of my books that I love. A moment of truth hit me square between the eyes after this year's Pitch Wars. I got three requests this year and each of the authors gave me input after on why they passed. Only one read past the first 50 pages. She read all the way to a point that I've been suspicious is the start of a story line that might, just might, have to go.

The thing is the book started with this story line. The very idea, the original title, came from this story line. I'm afraid the story has moved on and I haven't. The idea of writing out this story line is so terrifying and painful I am quaking with horror at the thought of it. But, I've been shopping this book for a long time. The first 50 pages are strong and they are engaging. I typically get requests for the full book from agents for this book. What I don't get is offers of representation once they read past those first 50 pages. So, it's time to be brave. It's time to pull the thing to pieces and parts and it's time to embrace the pain!

I need all the support I can get as I tear my baby to shreds and put her back together again. This year's Golden Heart she is going to be all shiny and ready to go.

As my teens would say "that's goals." 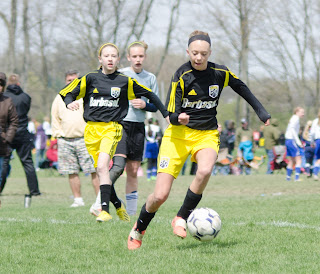 Me on the Olympics: It's not that I don't care, it's just that I'm not interested

I've been trying to get a good nationalistic fervor going about the Olympics. I really have. The idea of the Olympics inspires me, don't get me wrong. I like the stories that fill my Facebook feed-- like the one about that brave Syrian woman who swam all those people to safety and escape and then went on to win the Olympics. Or, the one where that kid beat Michael Phelps, his former hero, in that race.

The problem for me is that I just don't want to actually sit down and watch the Olympics. People swimming, no matter how awesome it is that so many people from all over the world are together doing the getting along thing, is just boring to me. Same deal with people running. Now, if someone was swimming from a shark or maybe running away from a vampire, I could possibly find the will to care. But, even then only if there's a good love story somewhere in the plot or at least some intrigue.


When I was a kid, I remember all these people on my grandparents' screened porch crowded around this TV watching the Olympics. I was spending the summer at the bungalow colony my grandparents owned and the only TV on the property was in their house. Even then I couldn't imagine why so many people would be willing to sit piled all over each other in a tiny room in the heat when the pool was just yards away.


So, with no pool available, my evening is going to be focused on writing. The Olympics will just have to go on without me.
Posted by Jenna G at 5:26 PM 0 comments