Books of Thanks: YA Must-Reads for Fall

This time of year when the air becomes crisper and the leaves ride the wind I like to stop and give some time to gratitude. In the season of thanksgiving, I thought it would be great to highlight recent and fall 2019 YA releases that made me thankful and might just make you thankful, too.

1. I'm Not Dying with You Tonight by Kimberly Jones
I had the opportunity to preview a chapter of this book in a Net Galley compilation and was immediately pulled in to the story of two very different girls who must survive during a riot by learning to trust each other. This story is about learning to appreciate real friends and surviving by getting to understand yourself.

2. Most Ardently by Susan Mesler-Evans
I was an early beta reader for some chapters of this debut, which is an LGBTQ retelling of Pride and Prejudice. This book follows a set of sisters as they learn more about who they are and what they want from their lives. The voice is this book is something to be thankful for in and of itself-- you will laugh, groan and connect with these characters.

3. Wayward Son by Rainbow Rowell
I've been looking forward to this release from Rainbow Rowell. A sequel to Carry On, which was inspired by a fanfic Cath, a character in Fangirl was writing, this book explores what happens after the hero wins the battle. What is there to be grateful for in the long life that follows the big battle? Fangirl is one of my favorite books and the beauty of Rowell's Carry On and Wayward Son is that they are fantasy worlds set with real-life characters that could be your friends. I'm grateful for this next installment of Simon Snow's journey from fanfic to hero to whatever comes after hero! 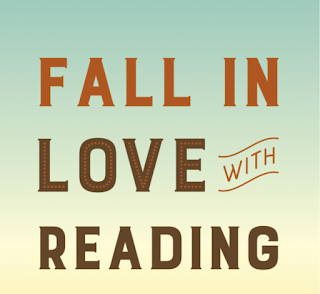 Vampires still get me

What's more fun around Halloween than finding some fun vampire reads? Sure, there's always Twilight, but if you're looking for something with a little more bite, that still turns vampires into heroines and heroes these are a few of my favorites:

1. Halfway to the Grave (Night Huntress Series): Jeaniene Frost's Cat hates vampires and has vowed to kill as many as she can to avenge her mother's mistreatment at the hands of her vampire father. When she meets the vampire Bones this half-vampire, half-human has either found the love of her life or the death of her. As the series progresses it is so fun to be part of this romance. I also love the spin-off books, which include the Night Prince and Night Rebel series and two stand-alone novels in the universe. 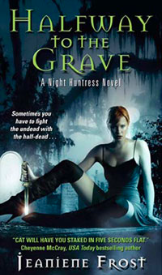 2. Eighth Grade Bites (The Chronicle's of Vladimir Todd): Heather Brewer's series about a middle school and high school vampire who must fight for normalcy, the universe and a sense of belonging is one of my all-time favorites. This series has a little of everything-- high school drama, supernatural fun, plot twists, mystery, dark villains and humor. 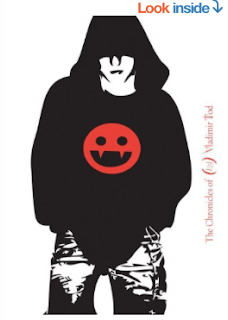 3. Pool of Crimson (The Blushing Death Series): Suzanne Sabol's Dahlia is a vampire killer with her own brand of supernatural magic. As the series progresses Dahlia becomes the Blushing Death and also the lover of a shape shifter and a master vampire. This one has a hard edge that makes the vampire magic a thing of glory. 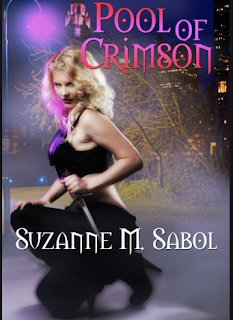 Poisoned Arrow is a fantasy novel from Iris van Ooyen. The author named the main character after herself, which was kind of fun. It always makes me wonder how much of the character's personality traits belong to the author.

The Iris in the book spends her childhood secluded because of her magic. We're in a mystical world, but there's a hint it might be a far future society where electricity has destroyed the world and been banned. A middle ages type of society, the land of this book is perilous. Magic has been purged from the countryside by an evil magician who controls the queen.

The future of the entire kingdom turns on Iris and how she learns to master her magic. She's tutored by a reformed magician and supported by childhood friends who have grown into warriors, one in particular who make her feel things she doesn't expect.

What I loved about this book:


Poisoned Arrow starts in the middle of the action, which is usually good, but it took me a minute to realize I hadn't missed a sequel. You get a lot of the history in flashbacks through out the book.

Overall, I enjoyed this book and can recommend it to those who enjoy fantasy, complex character relationships and action. The book leaves you hanging on for the next one!


Note: I received a free copy of this book to review from the author through my awesome writing friend Eileen Curley Hammond. I don't review Cozy Mysteries on this site, but I am very much in love with Eileen's Merry March series. You can find it here.

It's been a while since I've read a graphic novel and I wasn't sure what to expect. Mooncakes by Suzanne Walker and Wendy Xi does not disappoint. It's a story of reunited friends battling supernatural forces, while balancing family drama, cultural expectations and falling in love.

Nova is a young witch who lives with her grandmothers and helps run the family bookstore. Tam comes back to town unexpectedly and a whole lot of trouble follows them. Only by teaming up together can Nova and Tam defeat dark forces, and find their own unique places in the world.

What I loved about this novel:


Sometimes the action moved a little too fast and I had to back-up to reground myself in what was happening, but overall I really enjoyed this book. I read the entire thing in one sitting and could not put it down. I highly recommend reading this one when it's released!


Disclosure: I received this novel through Net Galley as a reviewer at no cost to me. My beliefs in this review were not influenced by how I received the novel.
Posted by Jenna G at 9:00 AM 0 comments 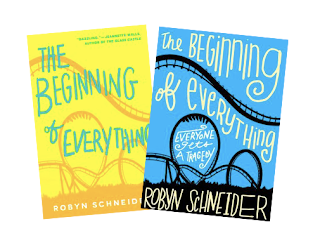 When I watch TV, I am observing a world, but when I read I am in the world. It's me casting spells and hunting horcruxes. My adventures in the spy world are many. The mysteries I've solved raise the hairs on the back of your neck. I've dated a vampire, fought for my life in a field of teens and conquered the old west. I've been any manner of magical being, all kinds of criminals and every level of royalty.

I have seen the universe in the crisp white pages of a book-- from Europe, to the Moon, to the inside of a small boy's body. My travels span thousands and thousands of years, millions of pages, decades in the future and eons into the past. I've befriend lions, lived in rugged mountains, danced at weddings after the apocalypse.

Every page is a new opportunity for me to see a different point of view, to appreciate that we are each the hero or heroine of our own story.
Posted by Jenna G at 5:56 PM 0 comments

Book Review: Dumpin' and Leah on the Offbeat

I finished both Dumplin' and Leah on the Offbeat recently. I love both books for their body positivity, smart, thoughtful protagonists and nice attention to the secondary characters.

SPOILER ALERT!! Do not read on if you are not looking to spoil either (or both) of these book endings for yourself

Here's the crux of my problem: Both books are about characters who come to love and appreciate their bodies, but they are also about characters who chose the hot, not so nice person who will finally come around to being with them. They both throw over the awesome, always there nice guy who liked them all along for just being themselves for the person who finally decided they were, I guess, worth it in the end. Not exactly super inspiring. If the idea is that girls of any size should be appreciated for who they are, why do they have to end up with hot people who are not such awesome people aside from being hot?

It killed me when Willowdean in Dumplin throws away Mitch like he means absolutely nothing to her because she just feels that magic with Beau, who treated her like a dirty secret at the beginning of the book. And Leah running off to be with Abby when Garrett is being so sweet and likes her for who she is. (Also, the way she has no problem screwing over her friend Nick is a little off-putting, as well). Why do these girls refuse to find "magic" with great people who treat them well? What's so magical about someone treating you like crap?

So, while I enjoyed both of these books, I just can't get onboard with the happily ever afters because they felt like settling for something less in both cases. Maybe Mitch and Garrett weren't the ones. The magic just wasn't there. Still, each of these characters could have been way kinder to them and then gone off to find a nice person (male or female) who treated them the way they deserved to be treated from the beginning.

Enjoy these books if you want to, but please promise me in your real life you'll give those nice folks a chance when they turn up!
Posted by Jenna G at 8:50 PM 0 comments